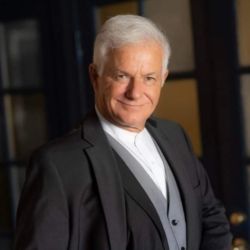 Michael’s earliest foray into commercial art was entering exhibitions for repurposed art competitions, trash to treasure shows and then later promoting those shows in Rochester buffalo and Syracuse NY.

He would spend his summers in the city with his uncle Jack an artist in the east village NYC instead of going to summer camp, he would work with his uncle Jack taking his paintings to the various galleries that represented him, painting in his studio and meeting all the eccentric artist of the times. They would go out on the streets where Jack would skillfully spin brushes like a baton and paint simple scenes of NY.

After we would sell them and go out to dinner, this taught him to connect with art and people starting at 7 years old.

Later at 16 as soon as he received his driver’s license, he would travel to different parks and Niagara falls and plein air paint and earn money help other artist sell their paintings to people passing buy.

He continue to paint plein air to this day as a way to connect with people curious about art and its creation.

Since art has been such a large part of his development as a human, he has shared this passion with disadvantaged children by bringing art supplies and (art diversion) to children via boys and girls programs .

On Maui, he organized an activity for travelers to go with him to the underfunded boys and girls clubs bringing supplies and teaching art, and then he would take them on a gallery tour of 25 different galleries on the island, pointing out the exceptional work in each.

For the last 20 years, he has have derived his income from representing artist and galleries in NY, Las Vegas and on Maui to say that it was a passion would be a great understatement.