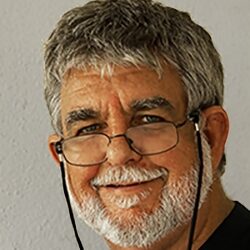 Barry Cheeseman
L’état de ce compte est Approuvés
Cheeseman
Barry
16 Juin 1947
Australie
Photographie
barry@mystiqueofimages.com.au
+61419675690
https://viewsofvietnam.net
Barry Cheeseman, an Australian was born in 1947.
He has trod many paths since leaving school.
From being a labourer, to over-head crane driver, to National Serviceman (Australian soldier – two years) during the American conflict in Vietnam, to a qualified accountant, to CEO of Financial Institutions for over 26 years, to owning and operating a professional photography studio, to running photographers’ tours throughout Vietnam for over eight years in addition to teaching and judging photography over a twenty-year period.
Barry started out along his photography path late in life but has enjoyed every step taken. He initially studied at the Brisbane College of Photography and Art for a number of years before opening the business “Mystique of Images”.
Although now officially retired, Barry still enjoys assisting other photographers improve their skills and/or reviewing his own vast collection of images captured throughout the many years of his photography.
Barry now lives on the Sunshine Coast, Queensland Australia.

Portrait Photography is certainly Barry’s genre and love.
The desire to capture and produce an image - just a moment’s glimpse of an individual’s personality, beauty, compassion, awareness, fears, perhaps even a glance into the real person being photographed is Barry’s drive in his portrait photography.
Barry has always believed that almost all people hide behind what he calls, their ‘public mask’.
Very few people, no matter how close a relationship they have with another, will not allow that someone to get close enough to them to see the inner person behind the public mask. They are protective of their real inner self.
Barry attempts to capture the ‘real person’ with his photography.
He has attempted to do this with both his studio work as well as when photographing on tours.
Barry has always admired the photography of Steve McCurry and has used a similar style during his eight years of touring and photographing the people of Vietnam and their culture.
Barry’s style has been recognised by members of the Vietnamese Government as being a true representation of the people of Vietnam.

Feb. 2021 – Featured in the USA, Florida based ‘Dek Uno’ Arts Magazine. A magazine that devotes their entire month’s magazine edition to one selected photo-artist chosen from artists throughout the world.
2021 - Selected photo-artist by The Art Management Berlin and featured in the publication of The First Berliner Art Book 2021. This book is distributed during the year and the artists are promoted to art galleries throughout the world.
2021 – An article on Barry’s Vietnam photography and his life was featured in two separate editions of the magazine ‘Your Life’, each distributed in both the Sunshine Coast and Brisbane areas of Queensland, Australia.
2021 - An article on Barry’s Vietnam photography and his life was featured in the Sunshine Coast Daily Newspaper.
Nov. 2021 - A story of Barry’s association with Vietnam and his photography of Vietnam was featured in a leading online and print newspaper article in Ho Chi Minh City, Vietnam.
Various articles over time of photographic awards achieved has been published in the “Beaudesert Times” Newspaper, Queensland, Australia.
Images and details are presented in many ‘result’ catalogues over years of international photographic competitions.

Self-Published - Four Books:
“They Gallop at Dawn”:
Portrait Photos and interviews with various characters of a small-town thoroughbred horse racing industry in Queensland.
Book sponsored by and formed part of the Queensland, Australia Government’s 150-year celebrations.